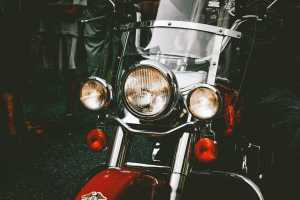 James Richard Leiter,56, of Woodville, OH, passed away Wednesday, December 1, 2021. He was born in Toledo, OH to Robert and Janet Leiter on June 8, 1965. He married the love of his life, Tamra, and together they raised their family. James worked for many years as a steel hauler. He enjoyed riding his Harley, hunting, fishing and camping with his family.

James leaves behind his loving wife of 15 years, Tamra; his children, Jacob (Bailey), Robert (Brittany), Jessica, Devin, Marcia and Chad (Michelle); his 20 grandchildren; his 3 great-grandchildren; his siblings, Theresa (Larry), Janice, Gary (Julie), and Maryjo (Gail); and his father, Robert (Mickey). He was preceded in death by his granddaughters, Isabella and Gabriella; his mother, Janet; and his brother-in-law, Gerry.