Read more about the life story of James and share your memories in the Tribute Book.

On November 15, 2022, James "Jim" William Lohmeyer, loving husband to Betty and father of seven children, passed away on the anniversary of his birth, at 86 years old.

Jim met the love of his life, Betty Jane (Martin) Lohmeyer, in 1957 and the two were married on March 28, 1958.  Together they raised seven children:  Virginia (Keith) Perkins, Joyce Lohmeyer, James Lohmeyer, Peggy Lohmeyer, Kathi Lohmeyer, Judy (Scott) Pope,  and Albert (Jennifer) Lohmeyer.  He and Betty were blessed with many grandchildren, great-grandchildren and great-great-grandchildren.

Jim was born to Edward and Evelyn (Baldwin) Lohmeyer, on November 15, 1936, in their home on Patchen Road, in what is now Oregon, Ohio.  He grew up as one of eight children.  Jim had fond memories of spending time with his dad at the Starr Cycle Shop on Nevada St .  This probably started his love to fix things.  As he got older, he loved working on cars and turned this love into a career. He worked in the Skilled Trades at Jeep/Chrysler, as a mechanic,  retiring in 2000.  Jim was a hard worker his whole life, supporting his family with the talent he had to repair anything.  He could always be found spending his free time working on cars, spending time out on North Bass Island, or hanging out with family.  After retiring from Jeep, he enjoyed the gift of time with his grandchildren and great grandchildren.   He was fortunate to have several of them living close by and over the years he formed a special bond with Trisha, Heaven, and McKenna Lohmeyer.  They were a great comfort to him after the passing of Betty.

Jim is survived by his children, as well as, his brother Kenneth (Hope) Lohmeyer, and sisters Annabelle Crosby, Mabel Roughton, Marilyn Matuschek and Marcia Sneed.  He was preceded in death by his loving wife of 57 years, Betty, and his parents, Edward and Evelyn Lohmeyer, grandson Keith Perkins Jr, and brothers Chester Lohmeyer and Edward "Sonny" Lohmeyer. 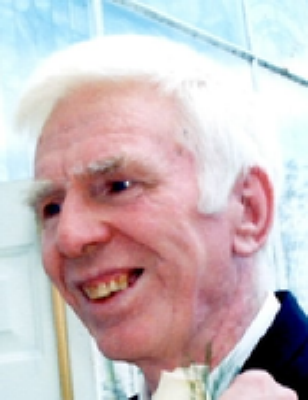 Look inside to read what others have shared

Family and friends are coming together online to create a special keepsake. Every memory left on the online obituary will be automatically included in the book.