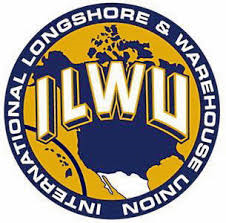 James Joseph Reeves “Jimmy” age 66 passed away on Friday, April 1, 2022, at St. Vincent Medical Center. Jimmy was born on March 2, 1956, to James and Carol Reeves. He graduated from Cardinal Stritch High School in 1974. Jimmy was an all-state wrestler in 1974 and was inducted into the Hall of Fame at CSHS. In November of 1986, he met the love of his life, Lynnet, and they were married on June 29, 1987. Jimmy enjoyed playing pool with his friends at Last Chance Saloon. He worked as a Longshoreman retiring from CSX in 2017.

Jimmy has been reunited with his beloved wife, Lynnet, son Brent and his parents along with all those who were special to him in this life, who had gone before him.

The family would like to thank Bill for your love, friendship, and always being there for Jimmy and would also like to thank the Mercy St. Vincent Medical ICU. A celebration of life will be held at a later date. Memorial contributions are appreciated to the St. Vincent Spiritual Care Department 2213 Cherry St. Toledo, Ohio 43608.