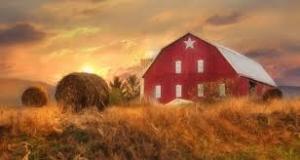 Marvin P. Wilhelm, 92, passed away Tuesday, September 29, 2020 at Fremont Memorial Hospital. Marvin was born to Peter and Mable (Rust) Wilhelm on February 13, 1928 in Curtice, Ohio. He was a lifelong farmer and raised crops from sugar beets, tomatoes, and pickles to corn and beans in his later years. Marvin also sold Christmas trees throughout Toledo, Oregon, and the surrounding areas for many years. He enjoyed fishing and boating on Lake Erie and spending his winters in Florida.
Marvin is survived by his children, Larry (Nancy) Wilhelm, Sandy (Denny) Nissen, Johnny (Melody) Wilhelm and Rodney Wilhelm; grandchildren, Shawna Garcia, Cindy (Stephen) Kozlok, Rodney (Cheyenne) Wilhelm Jr., Johnny Wilhelm Jr., Crystal Wilhelm, Tyler Wilhelm, Madison Wilhelm  and many great-grandchildren; sister Sydney (Mike Matuszak) Easton; sister-in-law Brenda Fondessy and several nieces and nephews. He was preceded in death by his parents, his wife Linda in 2019 and his grandson Douglas Wilhelm.
Services will be private for the family. A live stream will be available on the Freck Funeral Chapel Facebook Page after 1 p.m. on Tuesday, October 6, 2020. Burial will be held at Williston Cemetery. Memorial contributions can be made to the charity of the donor’s choice.