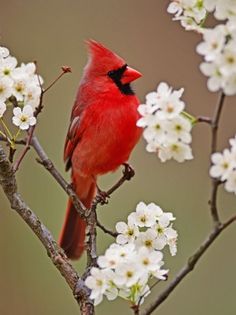 Raymond R. Gargac, age 89, of Curtice and Pemberville, passed away on May 15, surrounded by his loving family. He was preceded in death by his parents Alix and Mary (Thomas) Gargac, 11 siblings and son-in-law Rick Royce. Ray was born on August 5, 1930, the seventh of 12 children. He graduated from Genoa High School in 1948 and started Gargac Tile Company, a farm tile manufacturing enterprise.

Ray married Bernadine Mauder on September 22, 1951, at St. Thomas Aquinas Church and with God’s grace they created a family legacy of 13 children, 41 grandchildren, 38 great grandchildren and 2 currently in the womb.

In Curtice, in the mid 50’s, Ray built their 6 bedroom house as well as a large garage, where he raised his family and resided for over 50 years. While constructing his new home, he also started the Gargac Plastering & Trenching Company. Although he retired in 1992, he never stopped working, and was always available to help his children with their home projects. Ray could fix almost everything. His motto was “If I can’t fix it, it ain’t broke.” Although he never served in the military because of a serious hand accident when he was 18, he patriotically supported 3 sons, a daughter and 5 grandsons who served in the Armed Forces.

All 13 children graduated from Cardinal Stritch High School and in 2001, Ray and Bernadine were inducted into the Cardinal Stritch Hall of Fame for their 20+ years of service to the school. For many years, the couple volunteered at the Plane Fun Air Show at Metcalf Airport, by helping the young and the old build and launch their own rockets. He was known as the “Rocket Man.”

To relive his days growing up on a farm, he bought a miniature donkey and a lamb, calling them “Charlie and Company.” In 2009, Ray and Bernadine moved to Otterbein Senior Life in Pemberville, where he was very involved in many activities and loved making new friends.

To protect the health of family members, visitation will be private at Freck Funeral Chapel in Oregon, followed by a funeral mass.

Memorial contributions may be made to Otterbein Senior Life in Pemberville or Ohio Living Hospice.

You can still show your support by sending flowers directly to the family
Share a memory
© 2020 Freck Funeral Chapel. All Rights Reserved. Funeral Home website by CFS