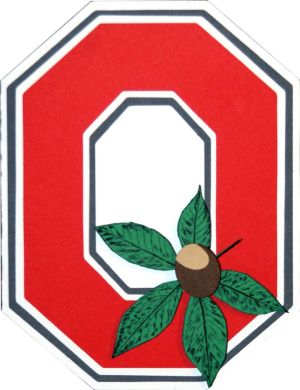 William Selby “Bird” Stewart, age 58, passed away Sunday, January 2, 2022,
at St. Vincent’s Mercy Hospital. William was born in Toledo, Ohio on April 21,
1963, to Selby Thames and Helen (Stewart) Thames. William was the hardest
working man alive. If a job had to be done, he would not stop until it was done.
He was one of the best garage street mechanics on the East Side. William
was gifted with the unique talent of understanding the mechanics of anything
electrical without ever having being formally taught the book knowledge
needed to do so. If you needed music for special occasions, food for
cookouts, mainly barbecue, or just light entertainment as far as jokes Billie
Dee was your man. Billie Dee was another name given to William by family
and friends. William was a kind, sweet man that would give you the shirt off
his back and the shoes off his feet if you needed it. William worked for the city
of Toledo as a heavy machine operator for Streets, Bridges, and Harbors for
20 years. While working for the city, he ran his own cement/concrete business,
putting in many hours there after working 10-hour days for the city. William
enjoyed the outdoors. He liked fishing in his boat, hitting the road on his
Harley, and recently started to enjoy camping in the summer. He cheered on
his Ohio State Buckeyes every Saturday, and on Sundays rooted for the
Miami Dolphins.
He was preceded in death by his father Selby Thames and two brothers
Daniel Thames and Jeffory Thames. William is survived by his mother Helen
Thames, his children Angel Stewart, William Stewart Jr. and Ashley (Michael),
Stewart, his sisters Victoria (Richard) Case, Yolandia (John) Poole, Freda
Brownlee and his brothers Victor (Christine) Stewart, Robert (Tammy) Stewart,
Brian Stewart, Calder Stewart and Selby Darryl Thames. William is also
survived by his grandchildren Dominique, Esmie and Angelina. De Niro is his
sole great-grandson.
The family will be receiving friends at Freck’s Funeral Chapel, 1155 S. Wynn
Rd., Oregon, Ohio 43616 (419-693-9304) on Sunday, January 9, from 2:00
p.m. to 8 p.m. Funeral Services will be Tuesday, January 11, at 11 a.m. at
Zion Hill Missionary Baptist at 2008 Valentine Street, Toledo, Ohio 43605.
Burial will follow at Restlawn Memorial Park in Perrysburg, Ohio.